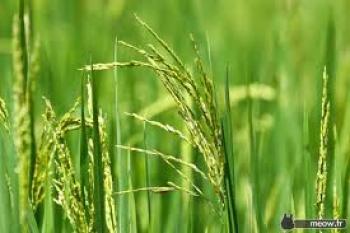 The USA Rice Federation issued a press release today commending leaders in Congress for the successful and final vote on the 2014 Farm Bill. The U.S. House passed the final bill last week by a strong 251-166 vote, and it passed the U.S. Senate by a vote of 68-32.

"It took us a long time to get here, but I'm encouraged by the bipartisan nature of the final votes," said John Owen, a rice farmer from Rayville, Louisiana and the chairman of the USA Rice Producers' Group. "Chairmen Lucas and Stabenow should be commended for their hard work, as should Senator Cochran and Congressman Peterson. This has been one of the most challenging farm bills to date, and although the majority of our key priorities were addressed, we recognize that everyone had to compromise. We thank the leaders in the House and Senate who persevered and got this important and complex legislation across the goal line."

Rice is primarily grown in six states: Arkansas, California, Louisiana, Mississippi, Missouri, and Texas, and the state delegations were generally very supportive of the final legislation.

"We'd like to thank all the Senators who voted for the Farm Bill today, but especially the Senators from rice states who were strong advocates for our industry throughout this process," said Betsy Ward, President and CEO of USA Rice. "Arkansas Senators Boozman and Pryor; California Senators Boxer and Feinstein; Louisiana Senators Landrieu and Vitter; Mississippi Senators Cochran and Wicker; and Missouri Senators Blunt and McCaskill."

Ward went on to thank volunteer members of her own organization who provided guidance, information, testimony, and surrendered countless hours to the process of passing farm policy legislation.

"Our members took time away from their families and their farms to help us get this done - it's selfless because they are spending their own time and energy but helping the entire industry. We appreciate their efforts, we know we would not have succeeded without them, and we hope the rest of our industry takes a moment to recognize them as well."