C’est Vrai: Nothing shoddy about quake 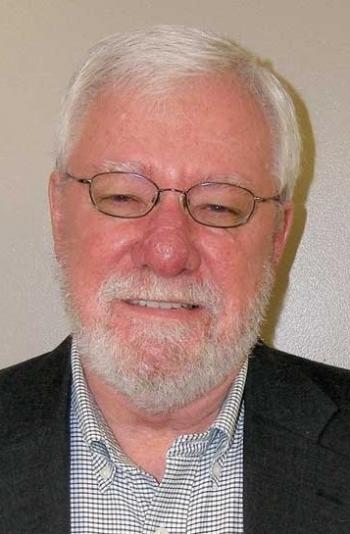 On Jan. 19, 1870, the (Franklin) Planters’ Banner reported, “They lately had an earthquake in St. Landry, and it extended to Alexandria. Houses trembled, lamps shook on the table so that they nearly upset, families were alarmed, and it produced a decided sensation. It was a genuine, outspoken earthquake; no shoddy about it. They got up stronger earthquakes in South America, but none more genuine than that of Opelousas and Alexandria.”
That was apparently big news in 1870 but, excuse the pun, it wasn’t quite as earth-shaking as you might think. Earthquakes are not common in Louisiana, but we’ve had more than a handful, most of them that were, to use the Banner’s phrase, mostly a bit shoddy.
For example, in May 1842, not quite 30 years before the St. Landry shakeup, The St. Martinville Creole reported that “an earthquake, which lasted two or three seconds, was felt in the parish. A respectable inhabitant of Catahoula who was angling at the time, in company with some ladies, on the banks of the lake, told us that as soon as the shock was felt they were all struck by a kind of giddiness, and that one of the ladies fell down in a swoon.”
Older residents of St. Martinville said the 1842 quake was the second in the area in their memory.
The Opelousas Journal of Jan. 15, gave more details about the 1870 earthquake. Describing it as “a very decided oscillation of the earth.” According to the Journal, “It was … powerful enough to startle many of our citizens from their morning nap.” The Opelousas Courier reported a few slight shocks … felt in our town … [which] lasted only a second or two and caused no damage.”
Dr. C.D. Tatman, who lived at Chicot, 28 miles north of Opelousas, wrote to a friend that “the shock was sufficient to shake our house, heavy and substantially built as it is.”
He continued, “The shock was accompanied by a noise like low, rumbling thunder; and after the main shock, which lasted perhaps five or six seconds, or longer, there were two lighter ones, producing a rocking motion from west to east, the sensation feeling to me, in bed, like the swinging of a hammock.
“The poultry was all frightened from the roost. Some dogs howled and others barked lustily, as if about to attack something. The horses ran and snorted and the cattle were disturbed in their lairs and appeared terribly alarmed.”
Dr. Tatman said that a friend of his “remembered … a much heavier shock of an earthquake in St. Landry in the year 1823. Dishes danced on the table, houses rocked, and the inhabitants were much alarmed.”
What is regarded as Louisiana’s biggest earthquake was felt midway between Baton Rouge and Houma shortly before noon on Oct. 19, 1930. It damaged chimneys and broke windows at Napoleonville and cracked plaster at White Castle, northwest of Napoleonville. Many people in the area rushed into the streets.
Our most recent quake, was mild but widespread. It was felt on Dec. 19, 2003, at La Place, Baker, Baton Rouge, Bogalusa, Denham Springs, Des Allemands, Destrehan, French Settlement, Gonzales, Greenwell Springs, Hammond, Houma, Lacombe, Livingston, Luling, Mandeville, Metairie, New Orleans, Plaquemine, Prairieville, Saint Amant, Saint Martinville and Walker, among other places.