Saying goodbye to an old friend and mentor 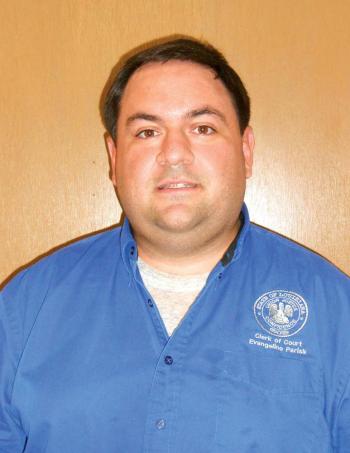 It had been three months since I graduated from LSU in May of 2004 that I first met JL Brignac.
I was watching John Wayne play Genghis Khan on TCM one night when I got a call from Brenda Lafleur. She knew I was looking for a job and told me about a part time job at the Evangeline Parish Clerk of Court’s Office. They had gotten a new computer program and were starting to “image” documents. She told me to go in that afternoon at 1 p.m. and talk to the clerk Walter Lee. I got down there, and Mr. Walter said we had to wait for JL, his chief deputy. I found out later he was cooking at this house for the lawyers for their regular Friday lunch.
I took the job and started that following Monday. I was working with Ralph Leday scanning all the old criminal and civil files in the warehouse. He had been working at the office for a while before and knew JL’s habits. Ralph and I would work a while then take our breaks. We knew at 10:30 a.m. and 2:30 p.m. JL would come check on us en route from getting his free Cokes at Guy Mitchell’s office, so we made sure we were working when he swung by.
It wasn’t too long that I moved into the clerk’s office to continue scanning the records. I knew my time there was drawing to an end about a month later because I was coming to the end of the project, but Walter Lee and JL saw something in me. I would be deputized on June 1, 2005.
That August we started doing our recording on computer instead of by hand, which had been the preferred method for 94 years. The next step was scanning the recordings instead of microfilming them. That’s where I fit in. I had the opportunity to work in the file room with JL and Jannie Guidry.
That is where and when I got my first lesson as Hurricane Katrina approached our state. We were preparing to close the office because of the storm, and somebody said to unplug everything in the office. Mrs. Jannie told me to unplug the coffee pot. I was in mid pull when JL fussed me and stuttered, “You don’t need to unplug the coffee pot!”
That’s around the same time I started going to suppers at his house every other Wednesday night. I was then a member of my first supper club and felt like one of the guys. A year later I joined his fantasy football league. That is where I got the nickname “Laptop” at my first draft.
I had typed up on my laptop lists of players I wanted to draft. I planned on printing out the lists that weekend before the draft in Baton Rouge, but I tailgated too much for LSU’s first game. So that Sunday of the draft I decided to just use my laptop at JL’s. I was the first person to ever bring a laptop to JL’s house. The jokes started flying, and the name stuck.
Over the years working along side JL, I learned many other lessons besides the one about the coffee pot. He taught me everything he knew about the clerk’s office. His wealth of knowledge was not measurable. For example he taught me that the conveyance indexes that are not for normal use are abnormal. That was his sense of humor that livened up the office.
I could share countless other memories of John Lucas Brignac, but now it’s time to say good-bye.
I was in Sacred Heart Church this past Tuesday night before the mission when I got an update on his condition. It was a week since the accident. The mission then started, and I processed in from the double doors by Mary’s alter as I was serving as an acolyte. I had to light the candles from the Easter candle as the mission priest led a candlelit guided meditation on coping with somebody who has died. My eyes started to well up because all I could think about was JL. We had become like family over the years, and if you go back far enough we might actually be family.
After I finished serving, I sneaked into the Sacristy and cried. I could hear the mission priest talk about the woman at the well. I was thinking, then, about how JL will experience that life giving water from the heavenly stream. He will not be forgotten especially because everything in the clerk’s office reminds me of him.
They say God puts people in your life for a reason, and JL is an epitome of that. Good-bye, Big J. Good-bye, old friend.