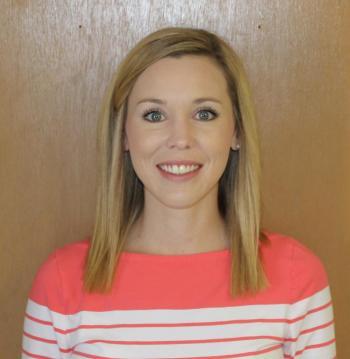 Do our “leaders” in Baton Rouge ever learn?
Amendment No. 3 on the October 14th ballot proves that the answer to that question is obviously no.
In June of this year the legislature failed to pass a 17 cent gasoline tax increase during the state’s legislative session. The bill didn’t even make it to the house floor for a vote actually, and it’s probably because it was ridiculous.
One major reason the bill wasn’t passed has to do with the fact that the tax we already pay not only goes toward building and maintaining roads and bridges in our state, but also to the Department of Transportation and Development’s (DOTD) employees’ salaries and benefits.
And, guess what? The only people who know how DOTD’s money is really being spent is the head of the department and the governor himself.
Instead of addressing the lack of trust people have in DOTD, our legislatures decide creating a new fund is the best way for us to be able to trust where our money is being spent.
The problem with that is the fact that we still are left not trusting how DOTD spends what we already give to them in taxes.
What really needs to happen, is DOTD needs to open the books and let the people see where the money is really being spent before the legislature starts expecting us to start giving even more than we already give.
Our own representatives aren’t even able to see exactly where money is spent by DOTD. The information that is available is an extremely vague overview of revenues and expenses.
Knowing the nitty gritty would probably be beneficial when it comes to determining if our reps. should keep taking from their constituents or force others to do right by the people of this state.
According to one Louisiana Representative that I spoke with, he has heard that DOTD only uses 11 percent of our tax money on building and maintaining our roads and bridges. However, he couldn’t tell me that this was 100 percent true because very few ever see a truly detailed DOTD budget.
If the department of transportation is already wasting our money, then can you imagine what they will do with the small portion of our tax dollars that are legitimately being spent on roads. My guess is that some people will get a nice raise.
They won’t care about spending anything on our roads, because they will just think the fund Amendment No. 3 creates can take care of the job.
Another reason why I am against the creation of this new fund is because all that money we will pay is going straight to the capital city to build a new $1 billion bridge and to the I-49 South project.
Politicians have been preaching about how we are leaving federal dollars in Washington D.C., because the state can’t match the funds, which is required.
Here is my issue with that.
U.S. Highway 167 is a federal highway, but I bet it won’t see a penny of the federal money being left on the table in Washington. Instead, if the state is able to get that money it is all going straight to the I-49 project.
I can’t help but shake my head at all of this because it sure is a shame that Evangeline Parish is one of the only places in this state where you will drive along a two lane Hwy. 167 instead of a four lane. I feel truly let down by the fact that I honestly can’t remember the last time I have seen work being done on Hwy. 167 from Turkey Creek to the interstate.
If you keep penalizing people for choosing to live in rural places, then the big establishment can expect to never have my support.
When someone proves to me that the 20 cent gasoline tax that we already pay is being spent properly by DOTD and that we will also see some improvements made on our roads in the rural parishes, then I would possibly consider voting yes for Amendment No. 3. However, until then, my vote is NO, and I hope yours will be too.