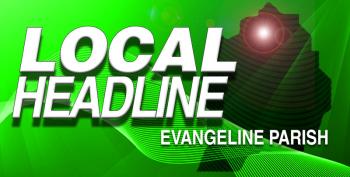 On Tuesday, May 2, 2017, the Evangeline Parish Sheriff’s Office released a press release in regard to a female being accused of leaving her child in the car alone in the Y-Bar parking lot, in the Reddell area.
According to the release an EPSO deputy “responded to a dispatch call a little after midnight concering the unattended vehicle with a child inside parked at the 6000 Block of Highway 10 (Vidrine Road)” on April 30, 2017.
The release went on to say that “witnesses say the two-year-old toddler had been left alone iside the car for approximately an hour and the mother,” who was identified as Hannah M. Brignac, “was unaware.”
Authorities say that “the child was taken into custody by a relative, safe and unharmed.”
Brignac was arrested and charged with cruelty to juveniles, child desertion, and improper supervision of a minor.
Her bond was set at $30,000.00 by 13th Judicial District Judge Chuck West.
Also arrested in connection with this crime were Joseph A. Ledee, Sr. and Joseph F. Brignac, Jr.
Ledee was booked in the parish jail on charges of cruelty to juveniles, child desertion and improper supervision of a minor. His bond was set at $30,000.00 by West.
Joseph Brignac has been charged with cruelty to juveniles, interfering with a law enforcement investigation, resisting an officer by force or violence, attempt to disarm a police officer, battery on a police officer, and disturbing the peace (by intoxication). His bond has also been set at $30,000.00.