JAGNEAUX: LSU and the Les Miles saga: One man’s opinion 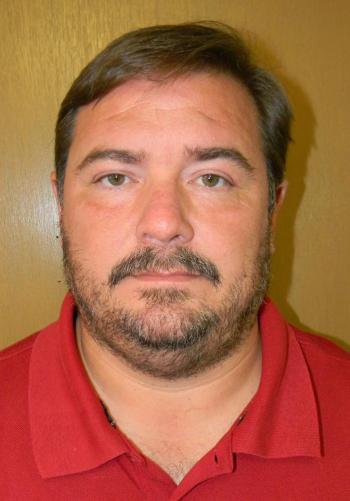 With the football season winding down, and major stories concerning all levels of football in the recent weeks, here is one man’s opinion on LSU and the saga on the Mississippi River.
One of my former mentors in the coaching profession once told me that you will be more loyal to a school than a school is to you. This is a spot on evaluation of the situation at LSU.
Les Miles has always been loyal to university, the faculty, the fans and the players. The way that the administration handled his upcoming “departure” was reprehensible considering what he has done for the school; and not just the football program.
Miles has promoted LSU every chance he has, even though it is not his Alma mater. I have met Coach Miles on a couple of occasions and he is one of the most approachable people you will ever meet.
If LSU were going to fire Miles, University President F. King Alexander, Athletic Director Joe Alleva and the rest of the board of directors could have and should have used as much tact and grace as Miles has used over his career at LSU.
How can you justify the way that things went down? How can you justify treating a man in such a callous fashion that has bled purple and gold the last eleven years? Remember when he turned down his dream job at Michigan to stay at LSU?
Not to mention, Miles holds second place for the most wins in LSU history and has a national championship under his belt; regardless if you think he did it with Saban’s “players” or not.
Now, I am not naïve enough to think that there aren’t issues in the program. Offensively, the numbers are, to say the least, not very good; especially in the passing department.
The development of a quarterback has been non-existent the last few years. There does not seem to be any imagination in the offensive game plan, and the record against SEC teams has been very mediocre.
Being number 111 in the country in passing offense is beyond comprehension, considering the talent at wide receiver and on the offensive line.
The quarterback must fit the mold of the offensive scheme that you as a coach hope to employ. I know this first hand.
A few years back, when I first became the offensive coordinator at Ville Platte High, we had a talented quarterback by the name of Hansoni Alfred and a monster of a running back by the name of Jerry Joseph, Jr.
We decided the best way to utilize their talent was to run our offense out of the I-formation. That year, we ran for over 2,000 yards and passed for over 1,700 yards.
The next two years, after the graduation of Alfred and Joseph, we had a freshman quarterback by the name of Cody Jones, who was not a typical I-formation quarterback. Not only that, but we did not have a monster back anymore, nor an offensive line designed for the power running game.
However, in my stubbornness, we continued with the same philosophy for two years, with terrible results. It took a commitment to change, and a little humbleness, before I realized that the spread was the way to go offensively.
The next two years the offense exploded. Jones and running back Darius Poullard guided an offense that garnered over 7,400 yards of offense and averaged 29.2 points per game.
In listening to Miles’ last press conference, I truly believe that he will commit to a change in the philosophy of the offense that will suit his personnel. No doubt he and his coaching staff are some of the best recruiters in the country. They will continue to get the next level talent.
All too often in this “what have you done for me lately” world, we are always looking for something or someone better. There is an old saying, “You reap what you sow”.
Sometimes in life, we all need a humbling experience to bring clarity in our approach to life and our careers.
I just believe that if anyone deserves the patience of the fans and the LSU faithful, it is Les Miles; just my opinion.