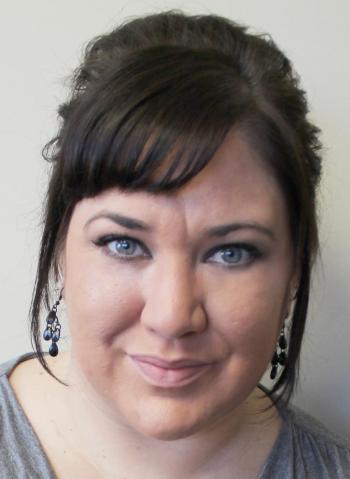 In my line of work, I’ve been in the air, on the water, up a tree, in the ground, on the ground, in the water and even under the water.
Or in the words of Johnny Cash, “I been everywhere, man.”
I’ve been in the air in a helicopter over three national wildlife refuges and one state refuge, on the water fishing from Barataria Bay to Galveston Island and offshore in the northern end of the Green Canyon Block, up trees in Cenla deer hunting, in duck blinds from Sabine River to Des Allemands, in the waters off Grand Isle and Elmer’s Island surf fishing and under the water learning to scuba dive so I could spearfish in the Gulf of Mexico.
I hail from L’Anse Aux Pailles. If you know where that is, you knew my late grandfather, Leroy Oliver, auctioneer, farmer, store owner and former unofficial Mayor of L’Anse Aux Pailles, at least in my eyes. If you grew up around here from 1960 to 1985, chances are you knew my late dad, Craig Olivier, or one or more of his six younger siblings. My dad gets the credit for my outdoor genes. My mom is the former Dolores Schatzle of Eunice, and she whips up the wildlife dishes in the kitchen.
I am the farmer’s daughter. I’ve hunted and fished all my life. All I know is to be outside. Often times, I’ve got to remember that not everyone was raised like me.
After graduating from Chataignier High School and then McNeese State University, my daddy’s alma mater, with a degree in public relations and another in advertising design, neither of which I technically use today, I got into the newspaper business at the Lake Charles American Press. I was that newspaper’s first-ever female outdoor reporter. I breathed life back into an outdoor page that had been mostly dormant of in-house writing for almost two years.
In addition to outdoor coverage, I, like Kenny Chesney sang, “danced backwards in high heels” in the newsroom as a photographer and general news reporter, but I spent most of my in house time backing up the two full-time photographers, which meant that I ended up with all the “unscheduled” events like wrecks, fires and the occasional crime scene.
The longest two weeks of my work life were had in Lake Charles between Hurricanes Gustav and Ike. Lets just say I caught an airboat ride in lower Cameron Parish in the days following Hurricane Ike. Water still covered 95 percent of the roadways in the area. The airboat drivers were tired from working after Gustav, as was I. When we caught a break in checking oil field Christmas trees, we stopped on the side of the road and napped in a dog pile on the back of one of the flatbed trucks they were pulling the boats with.
When I got back to my office, I had to cull down at least 500 photos I had taken to 15 photos in less than an hour. Our kind-hearted bosses told all the reporters and photographers there after 5 p.m. that day to not come in until 11 a.m. the next day. I went straight to the bar in the hip boots I’d been in all day, and I was joined on the bar patio by most of the paper’s reporting staff.
Six years after I dipped my toes in the publishing pool, I moved “down the bayou,” as Terrebonne and Lafourche parish residents say, to Houma to help start an outdoor magazine at a publishing group there. There I learned that the Grand Isle Tarpon Rodeo was the Super Bowl of my outdoor year, and in addition to ripping up farms across the state, wild hogs are also contributing to coastal erosion.
I often feel like Dr. Jekyll and Mr. Hyde in regard to what I affectionally refer to as my split personality. In an afternoon, I’ve gone from being in my daddy’s Lacrosse rubber boots planting trees that would help provide food for black bears at Bayou Teche National Wildlife Refuge to a cocktail dress and heels at breast cancer awareness fundraiser that night.
It’s often been hard to tell where work ends and life begins. It’s hot I fish, it’s cold, I hunt.
I joined Louisiana State Newspapers in September 2014 as a reporter and photographer at The Eunice News. Before I was hired on full-time, I wrote the paper’s hunting and fishing guide, and the guide was awarded the third best special section in the paper’s division at the 2015 Louisiana Press Association awards ceremony. The highlight of my career was being there when several law enforcement agencies finally caught up with attempted murder suspect Theobegi Levier, who was rounded up outside Eunice after his second escape from the authorities. The photo of him being hauled through a ditch won third place in the “Best News Photo” category at this year’s LPA awards ceremony.
At the beginning of June, I was transferred here to The Gazette, also an LSN newspaper, to head up the Lifestyles page and cover a few other beats. I’ll also be covering outdoor related stories and helping out with the fall outdoor section. I’m probably the only Lifestyles editor in the state who also doubles as an outdoor reporter — Dr. Jekyll and Mr. Hyde, at your service.
I’m sure ya’ll will eventually cross one of us in town. See ya’ll around.