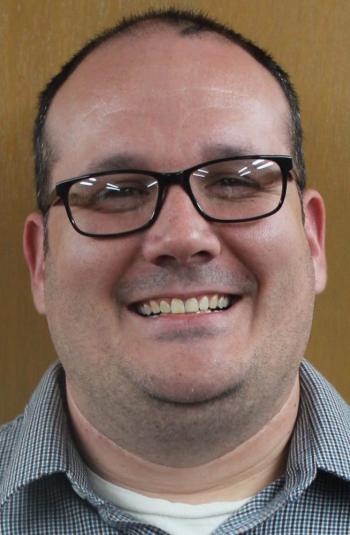 Two.
That is the number of postseason victories that high school basketball teams here in the state of Louisiana previously needed to place themselves into the state quarterfinals. That was the goal for the majority of programs from New Orleans to Monroe which was to get to the quarterfinals with a chance of advancing to the Top 28.
To even have that chance a team needed to win two games. As of now, the number two is the not-very-insurmountable amount of victories that will be needed for some teams to be crowned as a state champion.
The raging dumpster fire better known as the split of the Louisiana High School Athletic Association into select and non-select classification has now set fire to the state’s basketball tournaments, which to be honest was already bloated with too many classifications to begin with.
In a little more than a few weeks from now, a dozen high school girls basketball teams will stand at center court inside the University Center on the campus of Southeastern Louisiana and will be presented with championship hardware. The boys will be playing out that same scenario a week later over in Lake Charles.
Remember when Oprah Winfrey used to yell at her audience members and proclaim ‘you get a car’ and ‘you get a car.’ Yeah, that’s basically what championship weekend will look like for the LHSAA.
Here’s a number for you.
This past Monday, the brackets for all 12 classifications were released and a total of 283 teams earned playoff berths. 283!
That means that 77 percent of all the girls teams in the state that play on the hardwood are in the playoffs. As you can imagine that produces not-so entertaining matchups.
The non-select brackets are filled with lopsided matchups that would normally not occur prior to the split. For example, Class 4A has 51 schools that play basketball, but only 32 made the playoffs. The problem is that nearly two dozen select teams that used to call that classification home are no longer in that bracket due to the split.
That results in an opening-round game between a team with a 21-1 overall record (Loranger) taking on a team with 17 losses (Opelousas).
Those are the types of early-round matchups that used to be exclusively held for Classes B and C, which pretty much took every team they could into the bracket and had multiple teams received first-round byes. This year it is no different as those two classes combine for 51 playoffs teams, with 13 of them earning first-round byes.
Those kinds of matchups water down the non-select brackets, but that pales in comparison to the absolute disaster that are the select brackets.
First of all, there are only 83 select schools that take part in athletics in the state. Yet we have five different and unnecessary classifications for the playoffs,
Divisions II, III and IV combined have 35 teams that received first-round byes. Division I meanwhile (the largest student population wise of the select schools) and Division V (the smallest) will feature 15 teams with double byes.
Which means that those programs won’t even have to play a game for about two weeks. And when they do they only have to play and win two to bring home a piece of hardware that proclaims them as state champions.
Two.
I fully understand and appreciate that the games still have to be played (this is the plan in front of them), and that those girls and boys will still have to execute their coaches game plans on the court to end their season’s as champions, which will undoubtedly inspire a swell of pride amongst the student body, families and faculty.
And dare I say, that I even understand the whole push to cause the split in the first place, which is deeply rooted with John Curtis and later Evangel Christian dominating the sport of football for decades in multiple classifications.
But this is gotten out of hand. The LHSAA’s playoffs have become a sideshow of ridiculousness and embarrassment. This not only shames the teams involved, but also the state’s governing body for high school athletics.
Not even the most devoted and energetic cheerleader of the split can sit there with a straight face and state that a team that wins only two playoff games is deserving of being crowned a true champion. Or that a state with this population and talent level needs 12 state basketball champions.
It fundamentally goes against everything that we are taught about sportsmanship and athletics. The whole debacle is nothing more than a participation trophy mentality amplified -- gone wild on many cans of Red Bull and far too many doses of Adderall.
So since it appears that the state has no choice but to embrace this mess for now, may I be so bold to make a recommendation.
Since we are going to be handing out trophies like bobble heads at a minor league baseball game, then why don’t we get a few more engraved pieces of hardware?
I say let’s make trophies for the few very deserving teams that decided for whatever reason not to take part in the girls basketball playoffs, teams like the Academy of Sacred Heart-Grand Coteau (1-14), Sicily Island (1-26) and Doyline (0-24).
I say they deserve a trophy for not further watering down of our state’s high school playoffs. I mean, if we are going to take the time to crown a team a champion for winning two playoff games, then we can surely honor the ones who refused to take part.