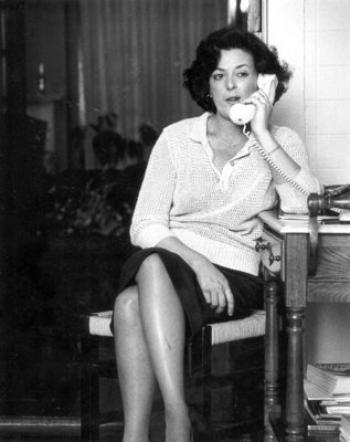 Visitation will be from 4 p.m. until 10 p.m. on Friday at Vincent’s Funeral Home in Abbeville and at 8 a.m. until time of service Saturday. The funeral will be at 1 p.m. on Saturday at St. Mary Magdalen Church in Abbeville.

Fontenot was born in Kaplan, graduated from Abbeville High School and the University of Southwestern Louisiana (now UL). She graduated from the LSU Law School in 1971. Fontenot served as a state district judge in the 15th Judicial District from 1976 to 1987.

Perrodin remembered his mother as someone who stood up for people who needed help.

“She saw herself as someone who protected the defenseless, be it children or women,” Perrodin said. “She was a woman who had tremendous empathy and passion for those who could not fight for themselves.”

Lafayette attorney Candice Hattan was a close friend and colleague of Fontenot.

“She paved the way for people like me, and other women in this business,” Hattan said. “It was a different world in Louisiana in the 1970’s. Women started the decade not even being able to serve on juries, and ended it on the bench.”

Fontenot was active in politics for many years, in areas not usually explored by women. She ran against former District Attorney Nathan Stansbury in 1990, and again against District Attorney Mike Harson in 1994. She also ran for the state Senate in 1996.

Fontenot made headlines last year when she fought off a man who attacked her in her Mouton Cove home. Police advised people to be on the look-out for someone with eye injuries and bite marks. News of the attack prompted an outpouring of concern from the people of Vermilion Parish, such that even the sheriff commented upon it.

As an attorney for many years in Vermilion Parish, Fontenot often took on the controversial cases other lawyers wouldn’t touch. She handled a challenge to the election that consolidated Lafayette city and parish governments. She sued the local civil service board over an alleged conflict of interest when Kenny Bowen was mayor.

Dee Stanley, Chief Administrative Officer for city-parish government, was a reporter and anchor at KLFY when Fontenot was on the bench.

“She did not know an 8 to 5 work schedule,” Stanley said of Fontenot’s term as a judge. “It was not unusual for her to be in court at midnight, and if she was there the lawyers had better be ready.”

Stanley said Fontenot also was a trailblazer in politics and the law for women in Southwest Louisiana.

“She was one of the pioneer women, she certainly was a pioneer in a world that previously was assigned for men,” Stanley said. “And she functioned very comfortably in that world.”

Edgar G. “Sonny” Mouton, a Lafayette attorney and longtime Louisiana politico who served in the House and the Senate and also worked for two governors, remembered Fontenot fondly.

“She was everything. Anything she tried, she was successful at,” Mouton said. “She had a good political mind, and she cared about people. Everything she did was constructive, for the public, for the state of Louisiana.”

Mouton said Fontenot was a pioneer for women in politics and law.

“She was very aggressive, and she knew exactly what she wanted to do. She had a great mind,” he said. “But she never had any negativism in her life. She was a great lady, she really was.”

Marcelle Bievenu, well-known authority on Cajun cooking and author, also was a close friend of Fontenot’s.

“I came to know Sue at USL (now UL) when we were Kappa Delta sorority sisters in the 1960s and I soon realized that she was a bigger-than-life personality,” Bienvenu said. “I, as well as the other members of the sorority, was in awe of her incredible energy, leadership qualities and magnetism.”

Fontenot was no shrinking violet, she said.

“One might not always agree with her, but oh it was fun to have a sparkling conversation with her! Everything she did was at full throttle,” Bienvenu said. “We kept up with each other through the years and she was always so gung-ho about everything. I was glad she was my friend rather than a fierce foe.