Bulldogs make most of homecoming 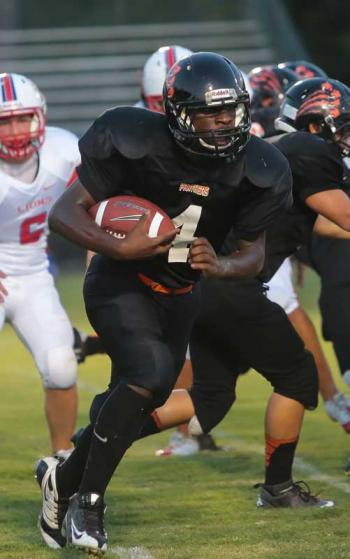 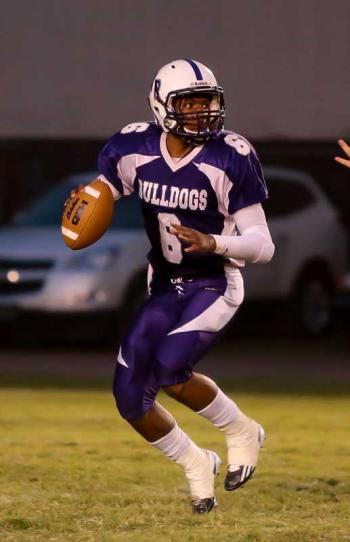 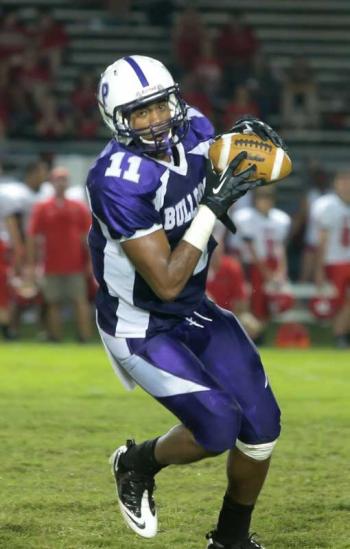 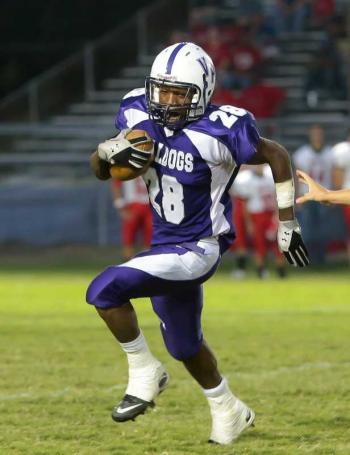 The weather got cooler, but the Bulldogs got hot.
Ville Platte caught fire in the first half Friday night, beating Pine Prairie, 41-0, for a homecoming victory.
The Bulldogs evened out their record to 3-3 on the year and 1-1 in District 5-3A. Next week, Ville Platte hosts the district-leading Livonia Wildcats in an important district tilt.
The Panthers fall to 2-5 on the season and 0-2 in the district standings. Pine Prairie hosts Port Barre next week.
Against the Panthers, Ville Platte was nearly unstoppable in the first half. The Bulldogs scored five of the seven times they had the ball, taking a 34-0 lead into the locker room.
Meanwhile, the Bulldog defense was unblockable. Ville Platte held Pine Prairie to -12 yards rushing in the first half, and -29 rushing yards for the game.
Pine Prairie did manage two long passes, but the Bulldogs offset that by picking up three turnovers: two fumbles and an interception.  The Panthers had just 46 total yards for the game.
After a delay due to a power outage at halftime, both teams agreed to play running time in the second half. The Bulldogs scored once in the third quarter; and put in its second-string for the fourth period.
After the game, the Bulldogs’ coaches were pleased with their players’ performances.  Defensive coordinator Jorie Randle was happy to talk about their success.
“We played well all around,” Randle said, “with the defense setting the tone on the first play.
“We had a good game plan on defense,” he explained. “We knew that we had to take away (receiver) Douglas Fontenot. He’s a real threat.
“To do that, we needed to play him man-to-man and to apply pressure along the line of scrimmage,” he continued. “We blitzed the whole game, and it paid off.”
Randle praised his defensive line.
“Our d-line is good,” he said. “We’ve got some big down linemen, James Wilson and Kylan Anderson, who are hard to handle. Plus, we’ve got  a couple of big guys, Nigel Chatman and Brent Tezeno, who are big and fast, and able to get to passer.”
While the Bulldog defense was shutting down the Panthers, Ville Platte’s offense was burning up the field and lighting up the scoreboard.
Ville Platte had 330 yards of offense in the first half. Of that total, Jermarcus Jones had 143 yards and two touchdowns rushing.  For the game, Jones had 202 yards rushing, averaging more than 10.5 yards per carry.
Isaiah Thomas passed for 170 yards and three touchdowns, including one to Jones.  Thomas also rushed for a score in the third quarter.
Randle’s praise extended to the offense, too.
“Jermarcus had a great night tonight,” Randle noted. “His running is the key to our success. When the running game is on, that helps to open up our passing attack, and we’re successful.
“Isaiah is a very good quarterback,” he continued.  “What really helps is that we’ve got some great receivers with explosive speed that give us a lot of yards after the catch.”
Randle also singled out another offensive player who doesn’t often get put in the limelight.
“Our offensive line played well,” Randle explained, “and a big part of that is the play of John Castille. He has really stepped up at center. He has grown into the position and makes the calls on blocking assignments at the line.”
Ville Platte opened the game on defense.  The Bulldogs took advantage of a Panther miscue on the first play of the game, with Darrien Anderson collecting a fumble.
The Bulldogs scored five plays later. Thomas hit tight end Kendall Ardoin on a seven-yard pass at the back of the end zone. The tall senior, who will be playing with Tulane next season, leaped up to snatch the ball for the touchdown. The point-after-try failed and Ville Platte led, 6-0.
Ville Platte’s defense forced a punt on the next series, but the offense sputtered, and turned the ball over on downs.
The Bulldogs ended Pine Prairie’s third drive with another turnover, this time a Terez Alfred interception. And, once again the ‘Dogs made the most of the situation, scoring six plays later.
On Ville Platte’s second touchdown drive, Jones handled the ball on almost every play, picking up 45 yards on four carries, including the three-yard touchdown run. Ville Platte faked the PAT, and Thomas hit Olanjerwan Leday for two-points.  Ville Platte led 14-0.
The Bulldogs followed the same pattern on its next scoring drive, which bridged the first and second quarters.  The 11-play, 75-yard drive was mostly the work of Jones, who finished it with a two-yard scoring run.
New Bulldog place kicker Pedro dos Santos, a foreign exchange student from Brazil, made the PAT, and Ville Platte led, 21-0.
Ville Platte’s defense forced another punt, and the Bulldogs took over near midfield, midway through the second quarter.
Two plays later, Thomas lofted a beautiful 39-yard pass to split end Jaquine Anderson, who made a great catch in stride in the end zone. The two-point conversion failed, and Ville Platte led, 27-0.
Ville Platte scored one more time, just before half time. Thomas hit Jones on a swing pass, which the senior tailback took 56 yards to pay dirt. Dos Santos made the extra point and Ville Platte went into halftime leading 34-0.
During the halftime festivities, the power went out, and the teams had to wait to start the second half. When it finally started, both teams had agreed to play running time.
Ville Platte opened the third quarter on offense. Although Jones was the workhorse of the drive (including 25 and 20-yard runs), Thomas scored on a QB-keeper. Dos Santos hit his third PAT, making the score 41-0.
From this point, both teams began playing their second-string as the time ran off the clock.