Mamou fights for win in first round; barely slips past Jeanerette 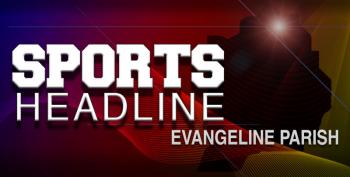 MAMOU – More and better free throw shooting helped the Mamou Green Demons squeeze out a 65-62 Class 2A playoff win over the underdog Jeanerette Tigers here Friday evening.
With the Bi-District Round win, Mamou sets up a sort-of revenge game in the Regional Round. The Green Demons will travel to play the Lakeside Gators in the second round of the playoffs on Mardi Gras day.
Headed into Friday evening’s game, it seemed that the No. 8 seeded Green Demons were shoo-ins over the No. 25 seeded Tigers, who had won only seven games all season.
In the contest, Jeanerette showed tenacity, clawing its way back from nine-point deficit early in the fourth quarter. With just a little over two minutes left in the game, the Tigers’ Tyrese Batiste nailed his tenth point of the quarter to tie the game up at 57-apiece.
At this point of the game, however, both teams were in the double-bonus, giving each team two free throw attempts for each foul committed
With tensions high, both teams repeatedly fouled the other each trip down the court. In the last 1:35, the two teams combined for 15 free throw shots.
But the ratio was lopsided in Mamou’s favor withJeanerette shooting only five times, hitting just once. Mamou shot ten free throws, but made four of them – accounting for the three-point difference in the game.
Demon head coach John Jack knew that the Tigers were going to be harder to handle than their record indicated.
“I’ve followed Jeanerette basketball for a while,” Jack said after the game, “and they’ve always got a good team. They might have had 21 losses, but in looking closely at their schedule, I knew that those losses came to some quality 4A and 5A teams. Our team didn’t underestimate Jeanerette, We knew they’d come here ready to play.”
The Tigers showed from the first tip-off that they were ready to play, taking a 14-8 lead over Mamou in the first period. During that time, however, the Green Demons saw plenty of ball possession.
Mamou simply didn’t take advantage of rebounds, missing easy baskets. The Demons shot just 4-of-21 in the first period.
In the second quarter, the Green Demons settled down. Within the first minute of the period, Mamou had tied the game. By the midpoint of the quarter, Mamou had reeled off 11 unanswered points.
At the close of the first half, Mamou held a six point lead, 30-24, on the strength of the shooting of Carlos Burns and Tralan Arvie. Burns scored eight in the quarter, while Arvie chipped in seven.
After halftime, Jeanerette regrouped and tied the game up at 38-all with 2:40 to play in the third quarter.
Mamou, however, was just good enough to move back on top at the end of the period, 42-38.
In the fourth period, Mamou slowed its game down and took fewer shots than the previous quarters. Although they averaged nearly 19 shots per quarter earlier in the game, the Demons only attempted 11 shots in the last period, hitting six of them.
Burns led the Demons with 15 points. Arvie and Williams each chipped in 14 points, and Tammrick Thomas added 12 points.
The Tigers’ Batiste led all scorers with 22 points.