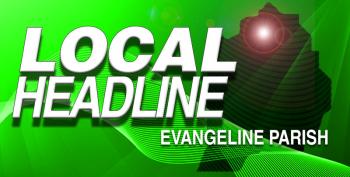 After pleading guilty to simple arson on December 7, 2015, John Deville’s sentencing day finally arrived.
Deville was accused of playing a part in the destruction of his restaurant the Rendezvous, also known as The Jungle, which burned to the ground back in July of 2013. Although Deville was originally charged with aggravated arson, by taking a plea deal the defendant’s charge was lessened to simple arson.
During the sentencing hearing, Deville’s attorney Jonathan Vidrine made a motion for his client to be able to serve his five-year sentence, four-years of which have been suspended, under home incarceration or house arrest.
Under the Louisiana Laws of Criminal Procedure CCRP 894.2, a defendant may be sentenced to home incarceration in felony cases. Following a hearing, the court may determine if “home incarceration is more suitable than imprisonment or supervised probation.”
When the motion was made on Wednesday, in Judge Chuck West’s courtroom, the State, who was being represented by Evangeline Parish Assistant District Attorney Timmy Fontenot, objected to Vidrine’s request.
In his effort to prove home incarceration was the best way for his client to serve out his sentence, Vidrine informed the court that Deville was a local business owner in the community who is providing services and jobs to local residents. Vidrine also discussed the fact that Deville is a first time felony offender.
The defense attorney then provided the court with several letters from prominent individuals in the Ville Platte community to attest to Deville’s character. The judge reviewed letters from: Ville Platte Police Chief Neal Lartigue, Title 1 Supervisor for Evangeline Parish Schools Grace Vidrine Sibley, Ville Platte Mayor Jennifer Vidrine, and Probation and Parole Officer Charles Guillory.
After reviewing the information that Vidrine provided to the court on behalf of his client, Judge West granted Deville home incarceration.
Deville will serve one year under home incarceration where he will be equipped with a monitoring device, and will only be allowed to leave his home for work or religious purposes.
In connection with this crime, Eric Johnson has also been sentenced.
Johnson pled guilty to aggravated arson and obstruction of justice back in March of 2015. In December of 2015, Johnson received nine-years of hard labor for each crime, with six-years being suspended from both sentences.
Johnson will serve out his two sentences concurrently, which leaves him with a total of three years of hard labor to be served. The former Rendezvous employee also received credit for time served.