A dozen tax renewals-continuations on ballot 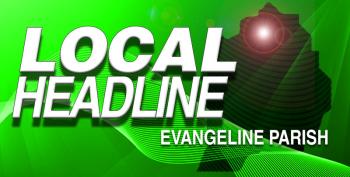 The contributions of taxpayers help maintain and improve the roadways, cemeteries and even health units of Evangeline Parish.
The residents of the parish will have the opportunity to help make sure that needed maintenance and improvements will continue when he or she steps into the voting booth on Saturday, March 25.
A total of 12 tax renewals or continuations will be on the ballot. Depending on where a resident lives in the parish, will of course determine which measures he or she will be voting on. Voters have already been paying on all the measures, which were renewed in 2006.
That said, all of the measures are critical to the parish’s success says Evangeline Parish Police Jury Secretary-Treasurer Donald Bergeron.
“All of these tax renewals assist with the public services that we use every day,” Bergeron said. “Taxpayer contributions provide the materials and labor to keep our roads in good and safe condition. Taxpayer contributions assist in improving drainage, they help provide immunizations, flu shots and health services, and the pay salaries and benefits for our dedicated public employees.”
Bergeron further stated, “Taxpayer contributions provide many other services that we might not notice and take for granted. Some will say, they don’t like to pay taxes, but without taxpayer contributions, we would not have public services. Please use your right to vote this Saturday, March 25th.”
There is a parish wide Public Health Unit proposition which is a ten-year renewal on tax that deals with maintaining and operating of the unit. City of Ville Platte voters will also have to check yes or no to a proposition for a ten-year tax renewal that is designed to help with maintenance and improvements regarding city streets, sidewalks, alleys and drainage.
Five of the renewals-continuations deal with the parish’s road districts, including districts No. 1, No. 2 No. 3 and No. 5. All five are set for ten years and go to improving the public roads and highways within each district.
“Louisiana is billions of dollars behind on road projects, because the state has not kept up with the taxes,” Bergeron said. “Federal highways are behind $2 trillion and that is just to get them to a B+ grade. We have done a really good job of keeping our roadways here in the parish up to date and safe. We would hate to get behind.”
There are also five propositions dealing with Police Jury Wards, including wards No. 1, No. 5, No. 4, and Voting District No. 6, in regard to the upkeep of cemeteries.
“We have public cemeteries and some of very old or even abandoned cemeteries,” Bergeron said. “There is no one that would take care of them without the help.”
Bergeron would also like to clear up any confusion for voters in Police Jury Ward No. 4. In the voting booth, residents will see that a proposition for that ward is described as a new tax. The proposal is the same tax that residents had been paying for years, but does not appear as a renewal due to a deadline error.
Bergeron explained, “People paid this tax from 2006 when it was renewed until it expired Dec. 31, 2015. We had a small window for the renewals but we missed the deadline for this particular renewal. It was the same tax they had been paying.”
Besides the dozen tax propositions, voters in the parish will also be voting on the Third Circuit Court of Appeal race between Republicans Candyce Perret and Susan Theall. Vanessa Anseman, who will still appear on the ballot, was ruled ineligible by a judge earlier in the week. Anseman is appealing the decision.
Also, voters in Basile will decide between Democrats LaToya Howze and Darrell Reed to fill the District 1 Alderman seat.