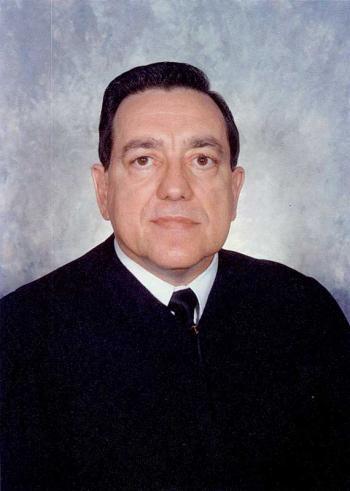 A former Ville Platte city court judge passed away Tuesday night after a lengthy illness at the age of 71.
Donald J. Launey, Jr., was elected to the bench in 1991. He ran for office to fill the vacancy created after J. Wendel Fusilier resigned to run for district attorney. Launey ran against Gary J. Ortego and Clyde Fontenot and defeated Ortego in the runoff.
His second cousin Alex Chapman said, “Once he became judge, he still had a private practice” doing mainly social security work. Launey had a law office in the Preston N. Aucoin building.
“He was good,” said Clerk of the Ville Platte City Court Jan Fontenot who had worked for Launey as long as he had been on the bench. “He enjoyed being a judge. That was everything to him. He was always there for us, and he loved his job.”
The love of his job and the way he conducted himself on the bench translated itself to reasons why he never faced opposition. He ran unopposed in each of the following elections and retired in 2014 because of his failing health.
“He was sick for a long time while he was still on the bench,” Chapman said. Once he stepped down from the bench, Jonathan Vidrine was appointed as judge pro tem until current City Court Judge Gregory Vidrine was elected in 2014.
“I was terribly sad to hear of his passing,” Vidrine said of Launey’s passing. “His wife and family are in our prayers. Judge Launey was synonymous with city court in much the same way Walter Lee was synonymous with the clerk’s office. Many people don’t associate those positions with anyone else”
“It has been a humbling experience, and a great honor to follow his term as judge,” Vidrine continued. “I’m constantly reminded of his influence over the court and of the impact that he left on the city court staff. Today we opened court with a moment of silence in reverence for his passing and in recognition of his lifetime of service to the community.”
While continuing his law practice, Launey shared the building with Gilbert W. Aucoin and Gilbert J. Aucoin. “He and I were good friends, and we had a friendly but professional relationship during court sessions,” said Gilbert J. Aucoin. “He brought extreme honesty and integrity to the judicial system and was recognized by fellow judges throughout the state for doing so. He was never one to blow his own horn, and he worked quietly and continuously.”
“In his 23 years as city judge, he took only one vacation (to the best of my memory) and was at work from eight to five every day of the week,” added Aucoin. His judicial decisions were well thought out and researched. I think he never had a decision reversed by an appellate court in those 23 years.”
“And although he could have increased court fees and fines, he let them remain standard,” continued Aucoin. “He even turned down a raise in pay that was approved by the city council and (for the record) stated he’d rather it be given to the city police. He truly had the citizens of Ville Platte’s interest in mind. He never abused his power in all those years. To the contrary, he was humble and thankful to have the privilege to serve the people.”
Launey leaves behind his wife Connie and two daughters, Yvette LeBlanc, a nurse anesthetist in Lafayette, and Nicole Gross, a pharmacist in Shreveport. He also leaves behind three grandchildren.