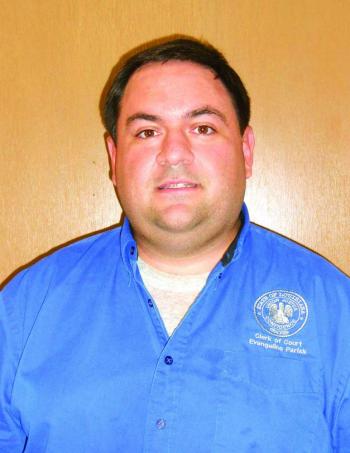 Halloween is this coming Tuesday, and all the younger ghouls and ghosts are getting their buckets ready for all the candy they will receive from going Trick-or-Treat. All the dentists are gearing up for a flood of appointments from all the rotten teeth, but I digress.
Halloween is not just a time for the younger generations. It is also enjoyed by us xennials and even the older generations who, for example, love to visit haunted houses.
I was guilted into going to a haunted house in college. It was The 13th Gate in Baton Rouge. Back then, it was still in the (for lack of a better term) show barns behind the Parker Coliseum before moving to its present location downtown.
I said that I was guilted into going because it’s a nicer way of saying that I was brought against my will by my roommate Peter Trosclair and a couple of girls that he graduated high school with at South Lafourche who were living in the apartment behind us at Tiger Plaza.
The theme of The 13th Gate that year was scary movies. Different areas were decorated like scenes from the movies and actors were dressed up as some of the characters. They had Hellraiser, Friday the 13th, and Nightmare on Elm Street among others. I am a self proclaimed chicken when it comes to scary movies, so they all kind of run together for me becuase my hand is normally planted against my face whenever I’m watching a scary movie. Ask me sometime about when I first saw The Sixth Sense. But, again I digress.
Once we got there, we proceeded to walk through the maze of movie scenes. It wasn’t bad for the most part, and I kept my eyes diverted as much as I could from Freddy Krueger. The worst part of the whole thing was that some of the walls had secret windows where characters would pop out and scare the people. They weren’t allowed to grab anybody, but they still reached out and messed with everybody.
Most of these secret characters weren’t bad. They popped in-and-out from behind their windows for a short period of time as we went on our way. But one of them decided to mess with me. Admittedly, I was easy prey.
Towards the end of the maze, one of the windows opened and out popped a character. Peter and the girls weren’t phased, but by that point I was petrified. I stood in the corner waiting for it to raise the window back up, but it decided to heckle me because it could tell how scared I was. He (or she) kept reaching out at me and saying, “I’m going to get you.”
I kept saying back, “Raise the window!”
After what seemed forever, the window was finally raised. I took off running to catch up with the rest of the group. As I ran in front of the window, it dropped, and out popped the character again. I was so scared that I ran into wall. I started screaming out, “I’m hit! I’m hit!”
Finally I caught up with Peter and his friends. As I was trying to catch my breath from running, I saw something out of the corner of my left eye coming toward me. It was the headlight of a train as the final movie prop. Needless to say, I got out alive, but I had some battle scars.
When we got back to out apartment, I was still shaking. Peter wasn’t bothered by the whole thing and decided to go out, which meant I would be home alone until he got back. I was so scared that the character that was messing with me followed us back home and wanted to get me. I slept on the sofa that night with the living room lights still on. I used the term “sleep” loosely because it was nights before I got a good night sleep afterward.
While everybody will be turning into their favorite Halloween movie Tuesday night, I instead will be watching a rerun of Matlock unless the Houston Astros stay alive in the World Series and play in Game 6.