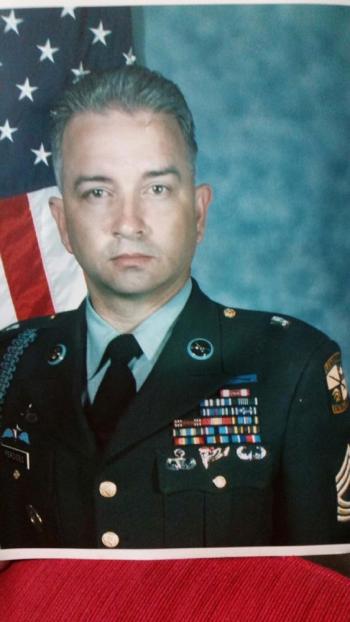 Pictured here is retired Airborne Infantry First Sergeant from the U. S. Army Charles Perdices. He was elected commander of the Mamou American Legion last year and has brought back the Veterans Day celebration. (Photo courtesy of Charles Perdices)