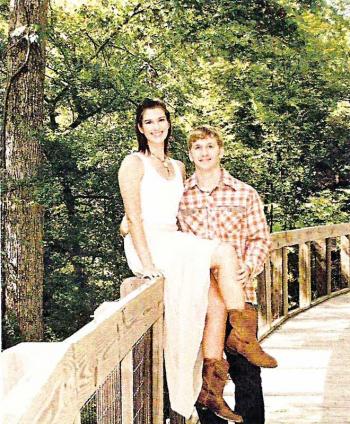 The engagement of Miss Elizabeth Jade DesHotel to Mr. Seth Taylor Gahn Walden, the son of James and Renee Walden of Mamou, has been announced by her parents, Derryl and Shelia DesHotel of Mamou.

The couple will exchange wedding vows Saturday, October 12, 2013, during a 6 p.m. ceremony at the Immaculate Conception Catholic Church in Washington.

Miss DesHotel, whose mother is the former Shelia Israel of Mamou, is the granddaughter of Berthaline Israel, the late Hampton Israel, Lisa DesHotel and the late Etly DesHotel.

A 2008 graduate of Mamou High School, she received a Bachelor of Science degree with a minor degree in French and psychology. She is currently attending the University of Louisiana at Lafayette, where she is pursuing a degree in diatetics.

Mr. Walden’s mother is the former Renee Gahn of Mamou. He is the grandson of Ethelie Gahn, the late Thomas Gahn Sr., the late Erma Kuvena and the late James C. Walden.

He attended Mamou High School and is currently employed with Frank’s International Company of Lafayette.