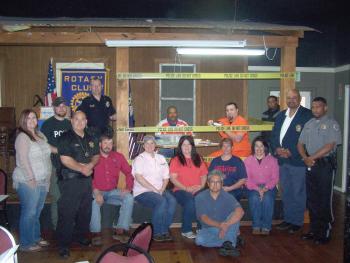 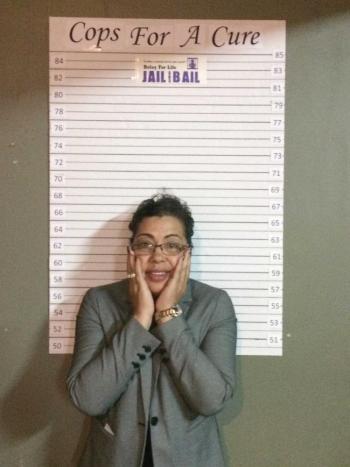 Pictured separately is Hilda Edwards with the City of Ville Platte. She missed the group photo but took a mugshot when she turned herself in. (Photos courtesy of Connie Lamke)