Blast off to Mars 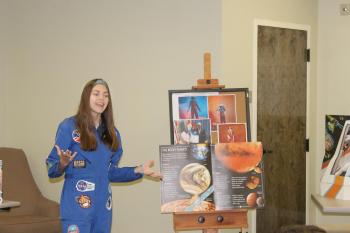 Alyssa Carson stands in front of a board showing a book about Mars and pictures of her during her time training to be an astronaut. She spoke Saturday at the main branch of the Evangeline Parish Library to a group of summer readers and their parents. (Gazette photo by Tony Marks)