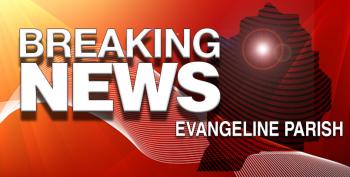 The most iconic boxer, and quite possibly athlete, of the 20th Century Muhammad Ali died late Friday night at the age of 74.
According to multiple media reports, Ali, who had been battling Parkinson’s Disease for years, passed away surrounded by family after being hospitalized at a Phoenix-area hospital for respiratory problems.
The first boxer to win heavyweight titles three different times had a record of 56-5 with 37 knockouts in three decades of fights against the likes of legends Sonny Liston, George Foreman, Ken Norton and Joe Frazier.
The fights have become part of sporting legend known as “The Fight,” “Rumble in the Jungle” and “Thrilla in Manila.”
He was born Cassius Marcellus Clay Jr. in Louisville, Kentucky on Jan. 17, 1942. He took up boxing at an early age and won a gold medal at the 1960 Olympics in Rome.
At the age of 22, he “shocked the world” by upsetting Liston to become world champion. It wasn’t long after that victory that he joined the Nation of Islam and changed his name to Muhammad Ali.
Ali defied being drafted into the Vietnam War and was stripped of his title belt and lost three and half years of his prime.
After regaining his belt over Foreman in 1974, Ali would lose the title to Leon Spinks in 1978 but reclaimed it one final time by beating Spinks in the rematch later that same year in New Orleans.
In 1980, he lost badly to champion Larry Holmes and the following year he lost in the Bahamas to journeyman Trevor Berbick in what ended up being Ali’s final fight.
Despite battling Parkinson’s, Ali’s fame and beloved stature only increased over the decades. He carried the Olympic Torch at the 1996 Olympics in Atlanta, was presented with the Medal of Freedom by U.S. President George W. Bush in 2005, and has been the subject of dozens of books, TV shows, documentaries and finally a full-length feature film starring Will Smith named “Ali.”
Ali was married four times and has seven daughters and two sons.