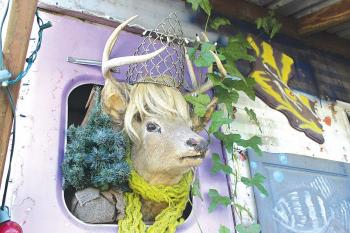 A peculiarly decorated mounted deer head hangs out of an old camper in front of Cricket’s Bait Shop. The queen deer is just one of the eccentric displays of art you will find at Cricket’s. The deer is adorned with a lady’s scarf, a blond wig, and a crown placed in between its large antlers. (Gazette photos by Elizabeth West) 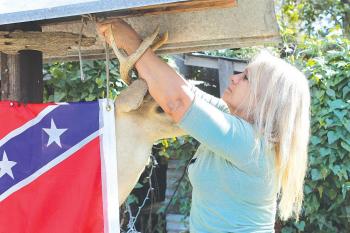 Cricket’s Bait Shop owner, Cricket works on a display in front of her Krotz Springs bait shop. The flag was sent to Cricket from a Mississippi man that had visited her shop one time. Cricket proudly displayed her latest addition to her collection of treasures in between two deer heads that had been given to her. (Gazette photos by Elizabeth West) 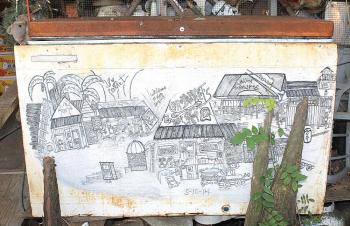 Right outside the front door of Cricket’s Bait Shop is a one of kind free handed drawing of the unique bait shop. Cricket drew the picture of her business on an old rusted icebox, which can be seen upon your entry into the bait shop. (Gazette photo by Elizabeth West) 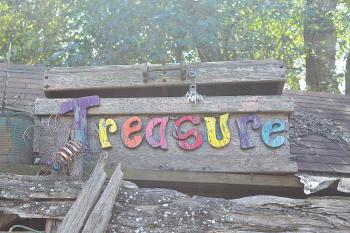