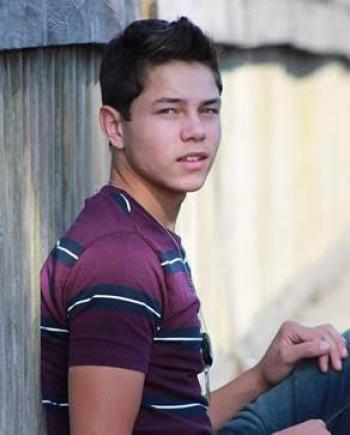 May 12, 1998 - May 4, 2017
MAMOU - We are deeply sorrowed by the passing of Colby Braeden Fontenot, age 18, passed away on Thursday, May 04, 2017. Colby was a native to Ville Platte. A Mass of Christian burial was held at Saint Ann’s Catholic Church in Mamou on Monday, May 8, 2017 at 3:00 p.m. with Father Thainese officiating.
He was known by many as an outgoing young man who could make you smile with all of his antics. He loved to be around people. A few of Colby’s favorite pastimes had to be hunting and fishing.
Colby will be greatly missed by his loving mother, Misty Fontenot of Ville Platte; his father, Kevin Gradney of Pine Prairie, LA; his four brothers, Derrick Guillot, Keevan Fontenot, Jailon Fontenot, and Grayson Godeaux; his sister, Dalie Gradney; his maternal grandparents, Ferrel and Judy Fontenot of Ville Platte, LA; his paternal grandmother, Virgie Gradney of Mamou, LA; his maternal great grandmother, Estelle Bordelon; his aunts, Lindsey Fontenot, Nicole Fontenot, Georgie King, Debra Rollins, and Melissa Gradney; his uncles, Shane Deville, James Fontenot, Joseph Deville, Jerry Gradney, Kenneth Gradney, and George Gradney, Jr; and many more extended family and friends.
He is preceded in death by his maternal grandmother, Paula Perron; his paternal grandfather, George Gradney Sr.; his maternal great grandfather, Murphy Bordelon; his maternal great grandparents, Gilbert and Carrie Perron; and his aunt, Anna Delafosse.
Visitation was held at Ardoin’s Funeral Home in Mamou on Sunday, May 7, 2017 from 9:00 a.m. until 10:00 pm. Visitiation reopened at 8:00 a.m. on Monday, May 8, 2017 until time of services. Burial followed in the New Saint Ann’s Cemetery in Mamou.