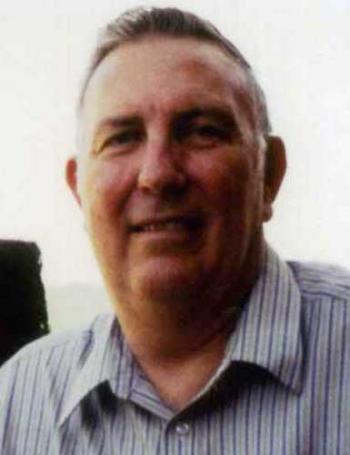 August 13, 1938 - October 6, 2013
EUNICE - A memorial service was held for Donald Ray “Don” Hebert, 75, of Eunice, at St. Anthony Catholic Church in Eunice at 9 a.m., Thursday, October 10.
Mr. Hebert died Sunday, October 6, 2013, at his residence. Donald, better known as “Don,” was a respected business owner in Eunice. He and his wife owned and operated Hebert’s Quick Service for 25 years, from 1980 to 2005. He will be remembered best for his easygoing character. He was a kind and generous man that treated everyone he met with respect. He enjoyed listening to old country music, fishing, hunting and spending time at his camp. Most of all, he adored his wife and family and enjoyed spending time with them. He was a supportive, giving and loving husband, father, grandfather, brother and friend and will be very deeply missed.
Survivors include his loving wife of 54 years, Veneda Lavergne Hebert of Eunice; three sons, Clint Hebert and his wife, Kim, of Chataignier and Tony Hebert and his wife, Monica, and Mike Hebert and his wife, Sharon, all of Eunice; one daughter, Connie Hotard and her husband, Stephen, of Corvallis, Oregon; 11 grandchildren, Jon Hebert, Jacob David, Jordon Hebert, Jeremy Hebert, Kristen Hebert, Brittany Hebert, Katelyn Hebert, Kelsey Hebert, Lainey Hebert, Bradley Hebert and Ellie Hotard; two great-grandchildren, Aislynn and Gracely Hebert; one sister, Juanita Dardeau of Ville Platte; and many nieces, nephews and friends.
Msgr. Robert Romero and Father Randy Moreau officiated.
Family and friends may view the online obituary and/or sign the guestbook at www.ardoinfuneralhomes.com.
Ardoin’s Funeral Home of Eunice was in charge of arrangements.