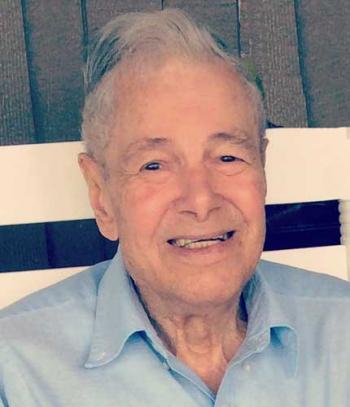 September 26, 1925 - August 19, 2014
Funeral services will be held for Donald Soileau, 88, of Sanford, Florida, at Christ the King Latin Church in Lafayette at 12 noon, Thursday, August 28. Burial will follow in the Sacred Heart Mausoleum in Ville Platte.
A native of Ville Platte and resident of Sanford, Florida, for the past three years, Mr. Soileau died Tuesday, August 19, 2014, in Sanford, Florida. He graduated from LSU with a bachelor’s degree in business administration. He worked for NASA as a personnel administrator for many years and as a certified public accountant until his retirement. He was a veteran of the United States Marine Corps and proudly served his country during World War II and the Korean War. He enjoyed spending time with his family and will be dearly missed.
Survivors include two daughters, Julie Ann Naroth and Donna Marie Anthony; three sons, Kerry Michael Soileau, John Louis Soileau and Stephen Webster Soileau; three sisters, Stella Mayeux, Lucille Guillory and Evelyn Fontenot; and seven grandchildren, Ian Soileau, Kyle Naroth, Michael Gutilla, David Naroth, Emily Naroth, Jack Anthony and Christien Anthony.
He was preceded in death by his parents, Jean B. Soileau and Bernadette Ortego Soileau.
Father Francis Miller will officiate.
View the obituary and guestbook online at www.mourning.com.
Martin and Castille Funeral Home of Lafayette will be in charge of arrangements.