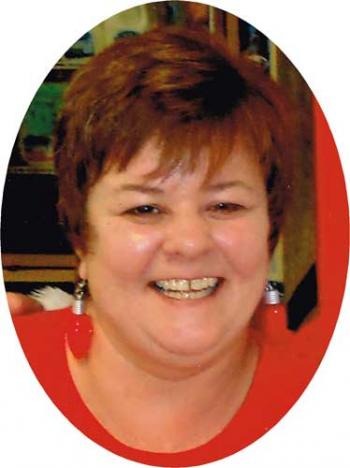 April 14, 1970 - January 12, 2014
MAMOU - Funeral services will be held for Jamie Shepherd Douget, 43, of Mamou, at the Ardoin’s Funeral Home Chapel in Mamou at 12 p.m., Thursday, January 16. Burial will follow in the First Baptist Church Cemetery in Mamou.
Ms. Douget died Sunday, January 12, 2014, at her residence.
Survivors include one son, Stephen Douget of Mamou; one daughter, Hali Douget of Mamou; her mother, Susan Diane Richardson of Chataignier; her father, Darrell A. Shepherd Sr. of Papaville, Mississippi; one brother, Darrel A. Shepherd Jr. of Chataignier; one step-brother, John Mac Stanford of Chataignier; five half brothers, Darren Shepherd of Monroe and Daniel, Jay, Andy and AJ Shepherd, all of Oakgrove; and a host of nieces and nephews.
Father Alphonse Thainese will officiate.
Family and friends may view the online obituary and/or sign the guestbook at www.ardoinfuneralhomes.com.
Ardoin’s Funeral Home of Mamou will be in charge of arrangements.