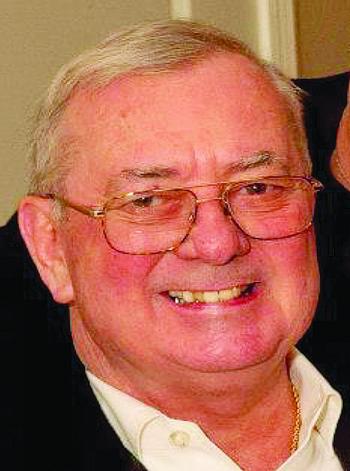 November 12, 1940 - June 21, 2016
VILLE PLATTE - Visitation for Joffre Wendel Fusilier, 75, will be held on Thursday, June 23 from 8 a.m. until time of services at Ardoin’s Funeral Home in Ville Platte. A Mass of Christian burial will be held on Thursday, June 23, 2016 at Our Lady Queen of all Saints Catholic Church in Ville Platte at 2 p.m. Entombment will follow in the Gates of Heaven Mausoleum.
Fusilier, often called Judge Wendel endearingly, passed away on Tuesday, June 21, 2016 at his residence, surrounded by his loved ones. Born on November 12, 1940, Fusilier was 75 when he passed.
Fusilier grew up in Ville Platte, Louisiana, graduating from Ville Platte High School in 1958 as Valedictorian of his graduating class. He also earned his Eagle Scout status in the Boy Scouts of America. Upon graduating from high school, he attended Louisiana State University in Baton Rouge, where he was a member of the ROTC. After earning his undergraduate degree, he stayed at LSU to attend law school, graduating in 1965. After law school, he moved back to his home town of Ville Platte and began practicing with the firm Fusilier, Pucheu and Soileau. He then formed his own firm where he remained until his death. Wendel was elected as Ville Platte City Court Judge. He served in that position for approximately 13 years, while at the same time maintaining an active law practice. Wendel loved the law and loved the practice of law, working up until the time just before his death. He served from many years as an active member of the Evangeline Bank Board and was also a member of the Jaycees, the Rotary Club, Chamber of Commerce, Evangeline Parish Bar Association and the Louisiana Bar Association. He also served as President of the Cotton Festival Association.
He is survived by the love of his life, and married to for 39 years, Frances Augustine Fusilier, son, Joffre Wendel Fusilier II and wife Camey from Ville Platte, daughters, Julie Ann Fusilier of Baton Rouge and Lisa Carol Smith and husband Chad of Lafayette, mother, Irene Fontenot Fusilier of Ville Platte, sister, Barbara Fusilier Hesnor of Ville Platte and brothers, James Anthony Fusilier of Lake Charles and Michael Wayne Fusilier and wife Debbie of Lake Charles. Wendel is also the proud grandfather of seven grandchildren, Morgan Joseph Wooley, Mallory Leigh Morrow, Michael Cameron Wooley, Savannah Catherine Wooley, Bradley Kyle Fusilier, Ellis Emile Fusilier and John Luke Fuislier.
He is proceeded in death by his father, Joffre Fusilier.
Family and friends may view the online obituary and/or leave words of comfort for the family at www.ardoinfuneralhomes.com.
Ardoin’s Funeral Home of Ville Platte is in charge of arrangements.