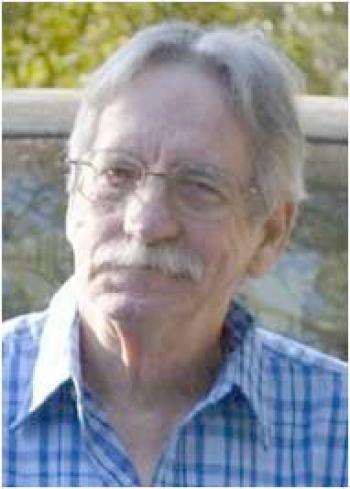 February 14, 1951 - December 14, 2015
MAMOU - Funeral services will be held for John L. Roya, 64, of Mamou, at the Ardoin’s Funeral Home Chapel in Mamou at 11 a.m., Saturday, December 19. Burial will follow in the Highland Memorial Park Cemetery in Lake Charles.
Mr. Roya died Monday, December 14, 2015, at Our Lady of the Lake Regional Medical Center in Baton Rouge. He was a proud veteran of the United States Navy. He was an LPN at Savoy Medical Center in Mamou for the past 15 years and loved spending time with his grandchildren and family. He was a loving father, brother, grandfather and friend and will be missed dearly by all who knew and loved him.
Survivors include one daughter, Stephanie Roya of Mamou; three brothers, Clifford J. Roya and his wife, Fran, of Boston, Massachussetts, Lawrence A. Roya and his wife, Aurelia “Peanut,” of Lake Charles and Dean J. Roya and his wife, Mary, of Houston, Texas; three sisters, Oliva Marie McDaniel of DeRidder, Eugenia Brewington of Westlake and Linda R. Martin of Lake Charles; three grandchildren, Caitlyn Wade, Aleigh Wade and Ayden Roya; his previous spouse, Vicki L. Roya of Ardmore, Oklahoma; as well as extended family and dear friends.
He was preceded in death by his parents, Felix and Amelian Hargrave Roya; one son, Michael Wayne Roya; and one sister, Geneva LeJeune.
Pastor Vernon Martindale will officiate.
Family and friends may view the online obituary and/or sign the guestbook at www.ardoinfuneralhomes.com.
Ardoin’s Funeral Home of Mamou will be in charge of arrangements.