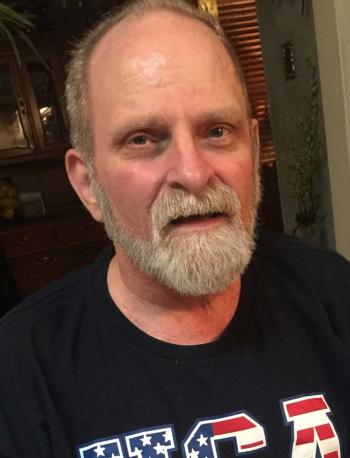 Jan. 25, 1959 - Dec. 30, 2016
VILLE PLATTE – A Memorial Service for John Val Motty will be held at 6 p.m. on Saturday, January 7, 2017. Pastor Daniel Holsomback will officiate the service.The family requests that visiting hours be held at Ardoin’s Funeral Home of Ville Platte from 10:00 a.m. until time of service on Saturday, January 7, 2016.
Motty, 57, a resident of Bayou Chicot, passed away on Friday, December 30, 2016 at his residence.
Motty was an original employee of Cameron in Ville Platte, where he worked for over 25 years. Later, he went to work for Cameron’s Headquarters in Houston, Texas He loved music and guns, but especially his family. Motty was a loving husband, father, grandfather and friend. He will be remembered as a humble man of God who was so strong in his faith, as well as, a peace-maker. Motty made a difference in so many lives and he will be greatly missed by all who knew and loved him.
He is survived by his wife of 35 years, Cheryl Motty; daughters, Blair Miller and husband, Brian, and Anna Guidroz and husband, Derrick; son, Ryan Motty; grandchildren, Riane Motty and Rylan John Motty; sister, Lisa Woodward and husband, Ken; mother, Beverly Harrington; and many nieces, nephews and in-laws.
He is preceded in death by his father, Douglas Motty; nephew, Grant Leblanc; and cousin, Brady Hebert.
Ardoin’s Funeral Home of Ville Platte is in charge of arrangements.