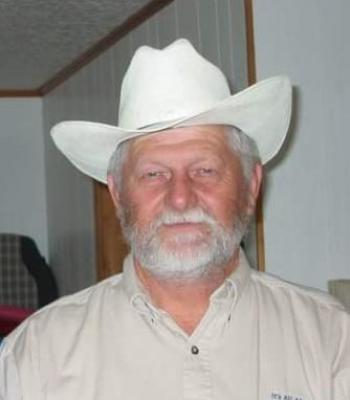 VILLE PLATTE- It is with great sadness and heavy hearts the family of John Wade Rankin Deshotels, Sr, 76, announces his passing on Sunday, June 18, 2017.
Wade was a salesman who sold land, cattle, cars and ventured into selling insurance. His sales career brought him to becoming an auctioneer, and he became co-founder of the Town & Country Auction Barn. Wade loved politics and stirring up trouble. He ran for several local offices including Sherriff and Mayor of Pine Prairie, and he was at the heart of every election by working as an official at the election polls. Wade the auspicious honor of making it to Google Maps. In his younger days, he competed in and won the Tournoi. He was the 1966 Tournoi Champion.
He is survived by his sons, Rankin Deshotels, Jr. and wife, Kathy of Tennessee, John Blake Deshotels of Louisiana, Peter Lynn Deshotels and wife, Dee of Illinois, and Zackary Wade Deshotels of Louisiana; daughters, Deneen Deshotels Standford and husband, Gary of California and Ashely Deshotels of Louisiana; grandchildren, Crystal, Dustin, Hannah, Brigette, Alexie, Kaitlin, and Danielle; 10 great-grandchildren; and a host of nieces and nephews.
Wade is preceded in death by his parents, Isaac and Vernice Deshotels; brothers J.L. Deshotels and J. Barney Deshotels; sister, Bernadine Deshotels; and grandson, Johnathon Guillory.
A celebration of Wade’s life was held at Ardoin’s Funeral Home on Saturday, June 24, 2017 from 3:00 PM to 8:00 PM.
Family and friends may view the online obituary and/or leave condolences for the family at www.ardoinfuneralhomes.com.
Ardoin’s Funeral Home in Ville Platte was in charge of arrangements.