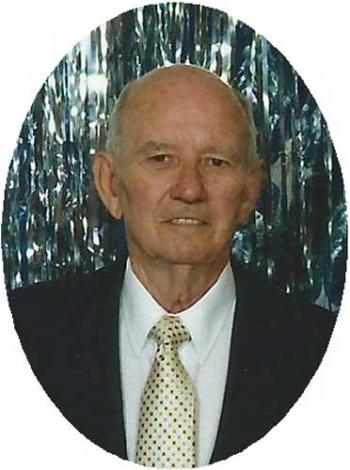 July 2, 1933 - November 6, 2013
A private memorial service will be held for Joseph Ivan Olivier, 80, of Ville Platte, at a later date.
Mr. Olivier died Wednesday, November 6, 2013, at his residence with his wife at his side. He retired, with the rank of Major, after serving his country with great honor and pride as a pilot in the United States Air Force. He was known by all as both an officer and a gentleman.
Survivors include the love of his life, his devoted wife of 63 years, Alice Bellow Olivier of Ville Platte; two daughters, Monaca Walker and her husband, Douglas, of Little Rock, Arkansas, and Tristen Guillory of Prairieville; five grandchildren, Kristopher Lammers and Travis Lammers, both of Manchester Tennessee, Carson Walker of Little Rock, Arkansas, and Emily Guillory and Anna Guillory, both of Prairieville, and their father, Scott Guillory of Pine Prairie. His  grandchildren were the absolute greatest joy of his life and they will surely cherish the memories of their precious grandfather throughout their lives. He also leaves behind one sister, Mary Ann Fontenot of Reddell.
He was preceded in death by one son, Ivan Reigh Olivier; and his parents, Louis and Helena Smith Olivier.
Family and friends may view the online obituary and/or sign the guestbook at www.ardoinfuneralhomes.com.
Ardoin’s Funeral Home of Ville Platte will be in charge of arrangements.