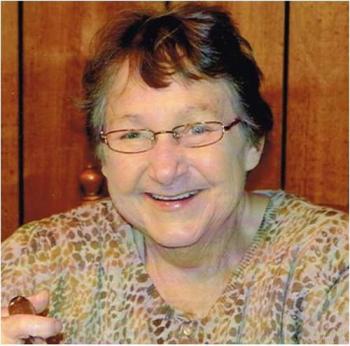 February 23, 1946 - December 22, 2014
MAMOU - Funeral services were held for Judith Faye Fuselier, 68, of Mamou, at St. Ann’s Catholic Church in Mamou at 10:30 a.m., Wednesday, December 24. Burial followed in the Pine Point Cemetery.
Ms. Fuselier died Monday, December 22, 2014. Judy, as she was known by her family and friends, was a retired first grade teacher. She taught at Mamou Lower Elementary for 38 years. She was an active parishioner of St. Ann’s Catholic Church for her entire life. She was a loving and devoted mother to her seven children.
Survivors include four sons, Christopher Fuselier and his wife, Dina, of Rowlette, Texas, Michael Fuselier and his wife, Michele, of Eunice, Chuck Fuselier of Scott and Tate Fuselier of New Orleans; three daughters, Emily Fuselier Fontenot and her husband, Mike, and Rebecca Fuselier, all of Mamou, and Angelle Fuselier Cart and her husband, Brad, of Chataginier; and 11 grandchildren.
She was preceded in death by her beloved husband, Conrad Fuselier; her parents, Wesley and Claire Tate McCauley; and one sister, Carole Fuselier.
Father Alphonse Thainese officiated.
Family and friends may view the online obituary and/or sign the guestbook at www.ardoinfuneralhomes.com.
Ardoin’s Funeral Home of Mamou was in charge of arrangements.