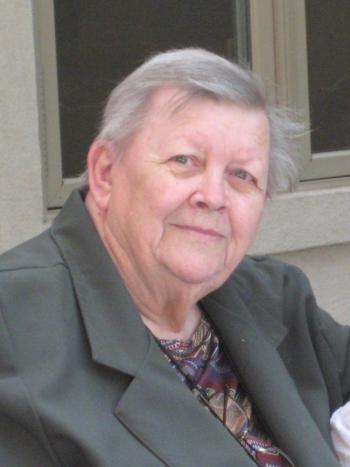 Sept. 1, 1928 - Dec. 4, 2016
A memorial mass for Kathleen Eastin Soileau will be held on Tuesday, December 13 at 10 a.m. at St. Leo the Great Catholic Church in Lafayette. A memorial service and reception will be held in Ville Platte in early January.
Soileau, 88, a resident of Carencro, passed away at her home Sunday, December 4.
Soileau was born in Ville Platte September 1, 1928 to Helen Ardoin Eastin and Willie J. Eastin. She was married to Willis H. Soileau, and they married in August 1953 in Ville Platte. Soileau was a public school teacher for more than 30 years, and she supported many civic and youth activities such as Cub Scouts, Girl Scouts and the 4-H Club. As a teacher, she worked with students in many school organizations including the Ville Platte High yearbook staff, the band club and the annual school fair at both Ville Platte High and Sacred Heart.
Like her mother before her, she was devoted to assisting those in the religious order, in particular the Maronite Sisters and the Sisters of the Sacred Heart in Grand Coteau where she attended college. She was one of the organizers of the Louisiana Orphan Train Society (and museum in Opelousas) to preserve the history of orphan train riders who came to Louisiana. Her mother came to Louisiana at the age of 2 on a train from New York City.
She remained active throughout her life staying busy in her later years with all kinds of crafts which she generously shared with those she loved, creating a legacy with handmade Christmas stockings, candy wreaths, and kleenex box covers that she made.
Soileau is survived by her son, Patrick W. Soileau, and his wife, Cheri; daughter, Paula A. Soileau, all of Carencro; five grandchildren, Helen Soileau, Stephan Soileau and wife, Stephanie, Elizabeth Soileau Kious and husband, Chad, Cassie Bush and Michaela Whalen; one brother, Harold Burke Eastin, and wife, JoAnn; sister-in-law JoAnn Oge Eastin, all of Ville Platte, sister-in-law, Alice “Ticky” Soileau McClelland, and husband, Robert, and brother-in-law, Albert Soileau, and wife, Irene, all of Opelousas; and a number of nieces and nephews.
She was preceded in death by her husband, Willis H. Soileau; one son, Timothy Charles Soileau; her parents, Willie J. and Helen Eastin; and two brothers, Francis John Eastin and Robert Eastin, Sr.
Soileau donated her body to LSU Medical School.
Memorial donations may be made to: Louisiana Orphan Train Museum, 610 Garland Ave., Opelousas, LA, 70570.