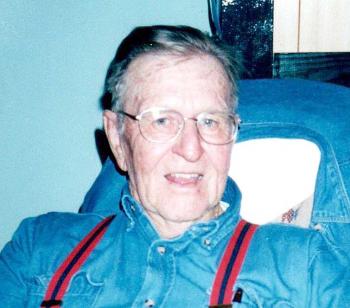 October 13, 1942 - April 28, 2016
EUNICE - Funeral services were held for Norris “Pop” Doucet, 73, of Mamou, at the Ardoin’s Funeral Home Chapel in Eunice at 11 a.m., Monday, May 2. Burial followed in the Mt. Calvary Cemetery.
Mr. Doucet died Thursday, April 28, 2016, at Lafayette General Medical Center in Lafayette with his loving family by his side. He loved camping and cooking out. He was a jack of all trades. Pop was a loving husband, father, brother, grandfather and friend, and will be missed dearly by all who knew and loved him.
Survivors include his wife of 52 years, Stella D. Doucet of Mamou; three children, Mitch Doucet and his wife, Sarah, of Mamou and Annie D. Biessenberger and her husband, Erich, and Estelle Doucet David and her fiancé, Brent Manuel, all of Eunice; one brother, Newburn Doucet of Broussard; one sister, Ettaline Guidry of Eunice; the joys of his life, his six grandchildren, Andre’ Doucet and his wife, Lainey, Slade Doucet, Blakelyn and MacKenzie Biessenberger, Travis David and his wife, Kristen, and Lane David, and his five great-grandchildren, Baiya, Finley, Gates, Hattie Rose and Gemma; as well as extended family and friends.
He was preceded in death by his parents, John and Ann Richard Doucet.
Deacon David Guillory officiated.
Family and friends may view the online obituary and/or sign the guestbook at www.ardoinfuneralhomes.com.
Ardoin’s Funeral Home of Eunice was in charge of arrangements.