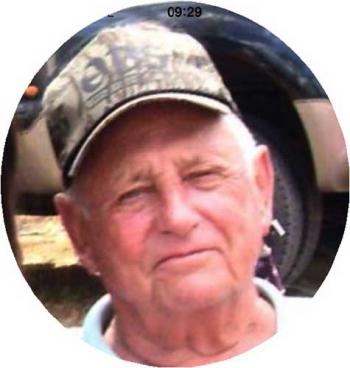 October 11, 1935 - November 29, 2014
Funeral services were held for Oray “Ray” Bordelon, 79, of Ville Platte, at the Ardoin’s Funeral Home Chapel in Ville Platte at 2 p.m., Monday, December 1. Burial followed in the New St. Ann’s Cemetery in Mamou.
Mr. Bordelon died Saturday, November 29, 2014. Ray, as he was known by those who loved him, enjoyed spending his time gardening, raising chickens and cooking “a good sauce” for his family and friends. He never met a stranger and he always had a smile to brighten your day. He was a loving and devoted father to his seven children.
Survivors include seven children, Totsy Fontenot of Opelousas, Danny McCauley and his wife, Jenny, of Mamou, Billy McCauley and his wife, Joanne, of Carencro, Paulette Feaster and her husband, Jimmy, of Kingswood, Texas, Todd McCauley of Lafayette, Rachael Nero and her husband, Patrick, of Ville Platte and Corey Bordelon and his wife, Melissa, of Lake Charles. His memory will also be cherished by his 14 grandchildren and 10 great-grandchildren, who were the light of his life.
He was preceded in death by his beloved wife, Laura Jane Bordelon.
Father Brad Guillory officiated.
Family and friends may view the online obituary and/or sign the guestbook at www.ardoinfuneralhomes.com.
Ardoin’s Funeral Home of Ville Platte was in charge of arrangements.