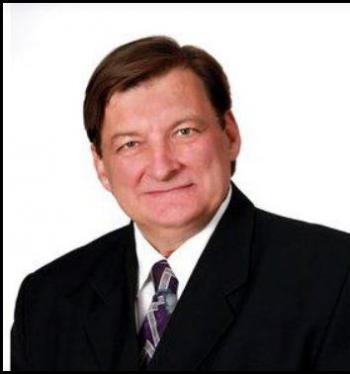 VILLE PLATTE - Weber Lee Deshotels, Jr. was born May 18, 1955 and lived a fulfilling life up until his passing on Saturday, September 30, 2017 at Mercy Regional Medical Center in Ville Platte surrounded by those he loved. He was a 1974 graduate of Evangeline Academy and obtained his education degree at McNeese State University in Lake Charles. Weber touched many lives through his 30 plus years as an educator at Basile and Ville Platte High Schools. As a football and track coach, he was able to instill in his athletes the necessary skills to be successful both while competing and also throughout life. When not inspiring the youth of his community, Weber enjoyed deer hunting, fishing, collecting treasures, and being involved with local politics. He even pursued a political career by running for the office of Evangeline Parish Assessor Clerk of Court.
“Web” as everyone knew him will be greatly missed by his siblings: his twin sister, Suzanne Vidrine and husband, John Benny of Mamou, Margaret Smith Courville and husband, Harold of Denham Springs, Jenny Cagle and husband, Ron of Walker, Richard DesHotels and wife, Charlotte of Baton Rouge, Mark Jerry DesHotels of Mamou and his Godchildren Chad Andres, Ryan DesHotels, and Hunter David. Also left behind to cherish his memory are his numerous nieces, nephews, great nieces, great nephews and a great-great nephew.
He will now reunite in Heaven with his parents, Weber “Bee” Lee Deshotels, Sr. and Patty Ray Demoruelle Deshotels.
The family requested that visiting hours be observed on Tuesday, October 3, 2017 from 2:00 p.m.. until 9:00 p.m.at Ardoin’s Funeral Home in Ville Platte. The funeral home opened to resume visitation at 8:00 a.m. on Wednesday, October 4, 2017 and remained open until time of services. A Rosary was prayed in his honor at 6:00 p.m. on Tuesday with Deacon Church Ortego officiating. A Mass of Christian Burial was held at St. Ann’s Catholic Church in Mamou on Wednesday, October 4, 2017 at 2:00p.m. Rite of Committal followed in the Pine Point Cemetery with Father Massie as Celebrant.
In lieu of flowers, the family requests that donations be made in Weber’s memory to the International Society for Stem Cell Research at www.isscr.org.
Family and friends may sign the online guestbook and/or leave their condolences at www.ardoinfuneralhomes.com.
Ardoin’s funeral Home of Ville Platte was in Charge of Funeral Arrangements.