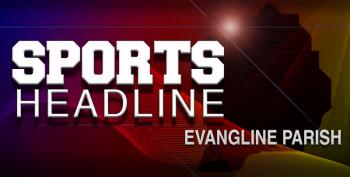 ELTON -- It has been a tale of two seasons for the Basile Bearcats.
After starting the year at 1-3, Basile had reeled off two wins in a row and was looking to make it three in a row when they travelled down Highway 190 Thursday night to take on long time rival Elton High School.
The Bearcats needed a big win over the Indians to continue climbing the ladder in the playoff seeding, and boy did they get one, as Basile was able to hold off a late Elton rally and pick up a 28-26 win in the “Battle of the Bayou”.
With the win, the Bearcats improve to 4-3 on the season and 3-1 in District 4-1A.
It took a great defensive effort, a difference making second quarter and 401 yards of total offense for Basile to come away with the win, but the combination of those factors spelled the difference for the Bearcats.
Basile broke the ice, scoring first in the contest. A 49 yard run by Andre Reed and a true extra point by Jacob Guillory put the Bearcats up 7-0 early in the contest.
Elton, a team that came into the game averaging 32 points per contest, did not take long in bringing an answer to the Basile score, as Keyshawn Lyons hit Derrick Finley for a 14 yard touchdown pass later in the period. The extra point was blocked, making the score 7-6.
The Bearcats would basically seal the fate of the game in the second quarter, as they out scored the Indians 14-6.
Basile put up the first points of the second stanza on a one yard run by Logan David. With the extra point by Guillory, the Bearcats now held a 14-6 lead.
Elton responded on another Finley to Lyons pitch and catch, this time from 46 yards out. The missed extra point made it 14-12.
Basile tacked on another touchdown before the end of the half when Jaylen Thomas hauled in a 30 yard pass from Dawson Ashford. Guillory was spot on once again with the extra point, giving the Bearcats a 21-12 lead going into halftime.
Basile took the lead to 28-12 on a Reed three yard plunge in the third quarter. However, Elton did not fold the tents, scoring a touchdown in the third and fourth quarter respectfully to pull to within two points, 28-26.
But, in the end it was the Bearcat defense that rose to the occasion and stymied the vaunted Indian offense down the stretch.
Reed racked up 184 yards on 22 carries to lead Basile, while Ashford was five for six for 74 yards through the air.