Ghosts of Evangeline’s past 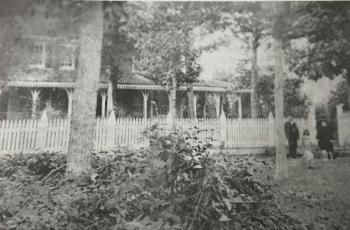 Pictured here is the old brick house that was the home of Dr. Josiah E. Hawkins in Bayou Chicot. He is pictured on the left with his wife Charity (right) and her niece (center). The house was built in 1840 for the use of a courthouse and was used by Dr. Hawkins as an asylum for his mentally ill patients. (Photo courtesy of Mabel Alice Thompson’s book “Looking Back”)