WEST: As a woman, I refuse to be silent on election day 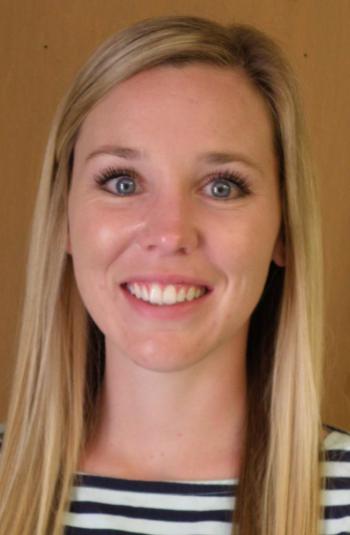 When this time of year rolls around, I can’t help but think back to the first time I voted and the reason why voting has become so important to me.
It was the 2008 presidential election and I had just turned 18. I was about to experience walking into a voting booth, by myself, to exercise one of my greatest freedoms as a United States citizen. I was for the first time going to define my beliefs when it came to politics with a single submission of my ballot.
It was the first time I felt like a real adult. The decisions I made in the voting booth were completely up to me. No one could tell me how to vote.
It felt somewhat exhilarating to vote on that November 4 day even though I was not as educated on ballot items like I should have been. It was my first taste of discovering what voting was all about.
At the time, I was young and unprepared. Because I was only concerned with being able to say I had voted, instead of caring more about studying the ballot that would be placed before me once I stepped into that booth.
After seeing a ballot filled with amendments I didn’t understand and names I had never heard of, I quickly realized it takes much more than showing up at the poll to cast a respectable vote. It takes time and research.
Today, I prepare myself much better than I had for my first voting experience and here’s why.
I am sure nearly all of us know the song This Land is Your Land. With the lyrics of that patriotic song in my head, I cannot help but think I must always do my best to vote for a candidate that will represent me and defend the rights of the people that make up the land stretching from California to the New York Islands and from the Redwood Forest to the Gulf stream waters.
The only complete way to make judgement calls on who will do right by the people is by analyzing each ballot item until I have an understanding of each candidates’ ideals and beliefs.
Another reason that led me to discover the necessity of understanding my ballot was the thought that less than 100 years ago, as a female my own research on candidates and amendments would have been for nothing. I think about my great-grandmother, who I was very close with, that lived a part of her life knowing that as a female her opinion in political issues meant little to nothing at all.
The females that lived in this nation between the years of 1776, when we gained our independence, and 1920, when the 19th amendment was passed giving women the right to vote, fought to have a voice that was heard. For that reason, I refuse to be silent. Especially when it is a local election because these are the politicians that will govern the closest to the people they are representing.
I also think about each life that has been loss defending each and every one of my rights. With that mind set, I feel disrespectful when I don’t appreciate and utilize the freedoms someone else fought for me to have.
Connecting to our history has opened my eyes to the importance of voting as well as the importance of being educated on what I am voting for. For that reason, I plan to always be an educated voter out of respect for those who came before me and for those who will be affected by the politicians we elect.